Thirty minutes to go. Minnie turned away from the clock on the wall and, smiling at the patient on the stretcher in front of her, raised the bedside rail and adjusted the elderly woman’s blanket. “OK, Ms. Parker. I’m going to take you back to the ER and the doctor will come and see you as soon as he’s had a look at your X-rays.”

“You’re in radiology, Ms. Parker. You fell down and hurt your hip, remember? We just took some X-rays.”

Minnie continued to answer the same questions over and over, while she covered the short distance to the ER to return her patient. She dragged her aching feet over to Joss, at the triage nurse’s desk, to let her know Ms. Parker was back.

“Minnie, honey, if I look as exhausted as you do, we both look awful. But then again, who wouldn’t, after the day we’ve had?”

“Definitely. I can’t wait for Rob to get here and take over, so I can go home. Ms. Parker is back, by the way. See you later, Joss.”

Minnie’s phone rang as she walked up to her desk to finish off some paperwork. “Radiology, this is Minnie speaking. Is that you, Joss? Miss me already?”

Minnie was about to jump into gear when she noticed Joss’ hesitation. “Joss? What is it?”

“Min, there’s really no easy way to say this.” Minnie couldn’t stop her stomach from clenching, suddenly afraid of what Joss would say. “It’s your colleague. EMTs are bringing in Lily. Hang in there. We’ve all got your back, but you’ll need to focus.”

The adrenalin rush she’d felt at the word “incoming,” faded to numbness as she waited for the ER team to arrive. Sarah, the radiologist she’d been working with all day, joined her.

Joss had probably briefed her too.

The bulletproof Sarah that Minnie was used to having at her back was nowhere in sight this time, as she walked towards Minnie’s desk, wide-eyed and looking scared.

Both women jumped up as the sliding door opened, but it wasn’t the ER team with Lily.

“Something tells me it’s not me you two are waiting for.” Rob walked in, his easy smile faltering quickly as he came closer. “What’s going on? Is something wrong?”

“EMTs are bringing in Lily for a head CT. Possible cerebral hemorrhage.” Minnie fought to keep it together as she briefed her co-worker on the situation. “I’ll stay and help until we’ve scanned her.”

Rob looked at Minnie. “Sorry, what? Lily? Our Lily?”

Minnie simply nodded, not knowing what else to say, as they silently waited for the arrival of the ER team, with Lily’s life in their hands.

All three sprang into action as the doors opened once more, to the sound of a beeping heart monitor and Carl, the ER doc, giving instructions to one of the nurses on his team.

The sight was not unfamiliar, but the patient curled up into a fetal position on the gurney just didn’t belong in that context. She should have been walking around in her scrubs, taking care of the patient. Not wearing an oxygen mask and heart monitor leads.

Minnie turned to Carl. “What do you need?” She had to work–couldn’t allow herself to stop and think. One foot in front of the other. All she had to do was keep going.

“We’ll start off with a head CT. How we proceed depends on the first scan. I know it’s scary but you guys can do this. We’ve got your back.”

Minnie nodded to Carl as she led the ER team into the CT room. Faced with a helpless Lily in a hospital gown, Minnie noticed that Rob was blinking away tears and, with a look that communicated more than words ever could, they agreed to each do what they did best.

Sarah joined Rob at the control panel, as Minnie headed back the other way to help transfer Lily to the scanning table. “Lily, honey. You’re with us now. We’re going to take care of you, OK? We’ve got you.”

Lily turned her head towards Minnie’s voice but her eyes couldn’t seem to find Minnie’s face. Did Lily still understand what was being said? Minnie could only hope so, as she tried to reassure her friend. What if she never saw those blue eyes smiling at her again?

She struggled to blink away mental images of a smiling Lily that time they bought her those ridiculous pink stilettos. She had to stay strong. Lily needed her. More images surfaced of Lily, with a glass of champagne in her hand and a cheeky grin at that salsa bar in town. Minnie tried to ignore the slideshow in her head, and headed for the control room to watch the first set of images flashing across the screen.

Carl nodded. “OK. She’s hemorrhaging but it’s not massive. We can fight this. We’ll do an angio and take her up to OR. Page neuro.”

The work gave Minnie something to focus on. The detachment she struggled to find, came back to her as she shrugged on a lead apron to monitor Lily’s contrast injection from inside the CT room. “OK, Lil. We’re doing an angio. I’m hooking you up to the injection pump and we’ll get started right away. I’ll be here the whole time.”

Minnie nodded to Rob on the other side of the control room window, looked down at Lily, and prayed every prayer she could remember, for her friend to be all right.

Five minutes later, Minnie, Rob and Sarah watched as their colleagues wheeled Lily out through the doors she’d so often walked through after her shift was done.

Minnie kept her emotions in check as she said goodbye to Rob and Sarah. Barely, but it was enough. All she could think of was getting home. One foot in front of the other. She blinked, startled when her phone started ringing, and realised she was standing in front of her bike, still chained to the employees’ bycicle stand.

Danny’s picture flashed at her from her phone’s screen. What if it had been him on that gurney? Had she even told him she loved him that morning? She swiped left to accept the call.

“Min? Baby what’s taking so long? I was getting really worried. You’re never home this late.”

“Rob needed my help with a critical patient so I stayed longer. I’m getting on my bike now. Don’t worry, baby. I’ll be home in fifteen minutes.” Minnie bit her lip as a tear rolled down her cheek. “You know I love you, right?”

She was almost home when the first sobs came. 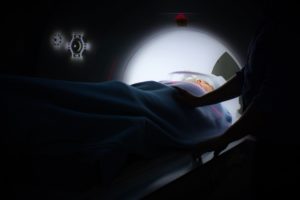 Tables was the story that got me addicted to creative writing. For that reason alone, I will love it forever. But there is one more reason for me to love it.
It was through this story that I met my first online writer friends. Some of them later became the first generation of INKlings, together with me.
Together, we’ve grown by leaps and bounds. As writers, as editors, and as a family. I couldn’t be more proud of what we’ve all built together.
The INKubator, home of the INKlings, is a group of people who helps writers help each other, to develop their writing skills and polish their drafts into easily flowing stories.
At first, it took a great deal of coaching and coaxing to even get me writing, but I gained in confidence and started to write more and more.
I’d had this fantasy story idea in my head for years and years now. Only I never thought I’d be able to write well enough to actually do something with it.
But this place… This community… They’re there for me when I stumble and lose faith in myself. They’re there when I need someone to brainstorm with, to talk things through when I’m stuck with worldbuilding.
The art and craft of writing has gotten a hold of me and refuses to let go.
Strangely, the first story that tumbled out was not the elaborate piece of fantasy I’d carried around all this time.
It was this piece of my history that I haphazardly typed out one night after thinking about her. My co-corker and friend. You see… That Minnie girl you read about up there?
She’s me. I went through that and it still hurts. This story became a first step towards healing. I was convinced that I couldn’t face those events again to edit the story more thoroughly, but someone who later became one of my closest friends, R. Jean Bell, showed me I was wrong. She held my hand through all the revisions, as painful as they were, and helped me make this story into what it deserves to be.
I discovered that I was stronger than I thought. I could face that story again. I did. And as a result, it stood as a tribute to my friend, in a form I could be proud of.
When I revisited this story, one whole year after writing it, I see things that I would do differently now. Definitely. But I’m also proud of it–of my fiction debut.
Thank you, dear reader, for sharing this little bit of history with me.
Hugs
Jasmine
Follow me on social media to stay tuned for more!