“Min, no lifting. Pete and I have got this.” Rob pointed Minnie towards the console.

She scoffed at the two men sending her stern looks across the bed of their patient. “It’s called pregnancy. It’s not a disease.” Turning on her heel, she walked over to the console to prepare the CT scan.

“Radiology, this is Minnie speaking. Please hold.” She put the phone down to focus on the screen in front of her. Nodding to her from his spot next to the patient, Rob placed one hand on the man’s arm just above the IV catheter to monitor the high pressure injection Minnie was about to start. She hit the start button and checked the pressure curve as she picked the phone back up. “Sorry about that. How may I help you?”

“Min? This is Joss. Severe trauma incoming. Car crash victim. ETA 5 minutes. We’ll be headed straight for you. Patient appears to be hemorrhaging.” Minnie disconnected the call and finished the reconstructions waiting for her approval. She turned around to face the rest of the team. At their prep counter, Maura was diluting oral contrast for one of their next patients. Pete and Gary stood with their backs to her, focused on the patient currently occupying CT2’s table. “OK guys, ER has a severe trauma case incoming. We need to clear as much of that waiting room as we can before they get here.” 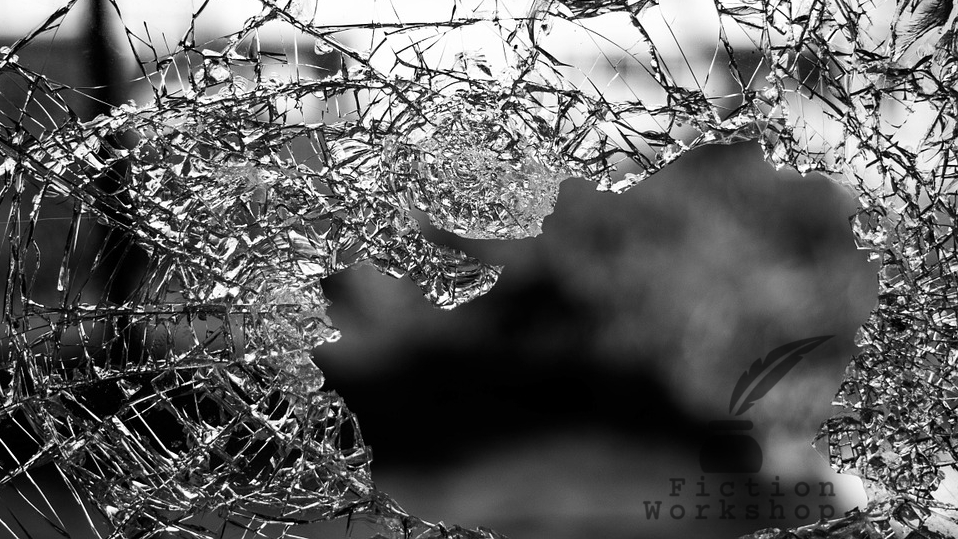 Image courtesy of Free-Photos via Pixabay

Ten minutes later, the beeping of monitors, accompanied by the rhythmic thumping of a LUCAS sounded from the hallway. This is bad. She turned to the youngest of her co-workers, fresh out of school. “Maura, this is your first trauma case, isn’t it? It can be harsh, but you’ll be fine. Don’t let it get to you, OK? Can you man CT2 with Gary while we scan the trauma patient in CT1?”

Maura paled. Minnie held her gaze, trying to reassure her with a smile. After a few seconds, Maura took a deep breath and the tension in her shoulders eased just a fraction. “Thanks.” She sent a tentative smile in Minnie’s direction before turning towards the other console.

Minnie walked into the hallway to direct the incoming ER team to the right set of doors. “CT1, please.” She held her badge in front of the badge reader on the wall to open the doors into the scan room. Carl, the ER doc, nodded to her before following the team inside.

Behind the rest of the team, came Joss with a woman dressed in plain clothes. The tight-lipped expression on her face as she guided the woman into the console room froze Minnie in her tracks. When Joss came back out, Minnie pulled her to the side. “What… Joss! Who is that?”

Joss grimaced, a disapproving frown darkening her light grey eyes. “The patient’s mother. Used to be the head nurse on one of the wards. She insisted on coming along and Carl allowed it.”

A full team of nurses, along with two doctors, surrounded the gurney. Between their shoulders, Minnie caught glimpses of the patient. LUCAS arched over his chest, maintaining the circulation his heart had given up on. The sight of the pneumatic pump pressing down upon the boy’s chest… Minnie closed her eyes, but she couldn’t unsee it. She’d been trying for years.

“Minnie, can LUCAS fit through the CT gantry? We have to maintain full life support.” Carl hesitated, looking from the patient to the gantry. “It’ll be a tight fit.”

“The gantry is too narrow. We need to switch to manual CPR when we’re set to scan.” Minnie glanced into the console room at the the boy’s mother. The screen in front of the woman bathed her tear-streaked face in an eerie blue glow. Shaking her head against the distraction, she turned to the stretcher with an Easy-Slide board in her hands.

Rob stepped in front of her. “What do you think you’re doing?”

“Min. Console.” Rob took the board from her and nudged her towards the door.

Minnie took one last look at the patient her co-workers were positioning on the table.  He was just a kid. Did he look grayer than he had just a minute ago? She couldn’t go there. Not now. Shaking her head, she reached for the console to load the scanning protocols.

“Oh please, God. My boy… Please tell me he’s not dying.” The boy’s mother wrung her hands. The dirt under her nails and the grass stains on her jeans testified to the gardening she had abandoned.

Minnie read the date of birth off the screen–twenty years old. She silently rested her hand on her own stomach, feeling the slight curve that wasn’t visible yet in her nurse’s scrubs. Tears rose to the surface as she heard the woman behind her moaning as if already grieving for her son.

Carl and most of the team entered the console room, leaving Rob behind with one of the ER nurses to keep up CPR now that LUCAS was dismantled for the CT.

“Full trauma set, please, Minnie.” Carl took the chair next to hers to get a first look at the images.”

“Way ahead of you, Doc. We’re all set. Does Rob know which line to use for contrast?”

“No contrast. BP’s too low to get an IV in. All we have is an IO line.” Carl’s face, reflected in the window between them and their patient, looked grim. The tight line of his jaw betraying the hopelessness of this fight, he turned his gaze towards the screen.

Without IV contrast to pinpoint the source of the bleeding, surgeons would be flying blind. Minnie watched scan after scan. Head: clear at first sight. C-spine: same. Thorax: Not good.

“That’s what we were afraid of. We have to get him off the table and up to the OR.” Carl turned to the boy’s mother. “Carla, can you find your way back to the ER? I’ll come and find you there as soon as I can.”

The team filed back into the scan room to transfer the patient back to his stretcher and into the waiting arms of LUCAS. Minnie walked in last. The boy’s eyes stared straight past her, already looking broken, as if his body had accepted what everyone else in the room was still fighting. Minnie resisted the urge to touch her stomach again and took her place at the boy’s head to stabilise it during the transfer. Rob opened his mouth, but one look from her was enough to keep him quiet.

The team left as soon as LUCAS was back up and running, leaving behind a scan room littered with the debris of saving a life, syringe wrappers and silence. Looking around, Minnie’s gaze caught the eyes of the boy’s mother. “Carla, is it? I’m Minnie. Do you need one of us to walk you back?”

“You should sit, Min. You look pale. I’ll walk Carla back to the ER.” Rob pulled out a desk chair and parked Minnie at the console desk, leaving Pete, Maura, and Gary to babysit her.

She pushed the chair back and got to her feet. “Actually Rob, I can take Carla back. I feel fine. If you guys don’t mind, I’ll just hop outside for some fresh air. I won’t be long.” Gritting her teeth, she glared at her co-workers, daring them to question her.

“Are you alright, Carla? Do you need to sit for a minute before we go back?” Minnie looked at Carla, who was swaying on her feet, her breathing rapid and shallow. “I know you’re scared, but I promise you this: Every doc and every nurse in that OR is fighting for him. Count out your breaths with me. In… two, three. Out… two, three. In… Out…” She knelt in front of Carla and looked up into her eyes. “OK? Are you alone here or do you have family waiting for you in the ER waiting room?”

“My…” Carla cleared her throat. “My husband came with me.”

“That’s good. You shouldn’t be alone.” Smiling at her, Minnie got up. “Do you feel up to walking back?”

As they entered the ER waiting room, a tall man with grey hair stopped pacing to look at them. His eyes sought out his wife and Carla ran straight at him. His arms closed around her, swallowing her grief into his own. He looked at Minnie but there was nothing she could tell them that would make this any easier.

She walked over to them and gently squeezed Carla’s shoulder. “I’ll be praying for you all.”

Letting go of her husband, she turned towards Minnie and enveloped her in a warm hug. “Thank you so much, Minnie. You did everything you could.”

Minnie blinked in an attempt to hold back her tears. “I wish it could have been more.”

Leaning back, Carla looked into Minnie’s eyes. “Don’t be scared, Minnie. A child is such an amazing gift… Protect your little one, but don’t forget to enjoy him, too.” Her voice breaking, she let go of Minnie and leaned in to her husband.

Blinking, Minnie opened her mouth twice before she managed to produce a sound. “How did you…”

Carla gave her a sad smile. “Mothers recognise one another.”

Tears finally rolled down Minnie’s cheeks as she turned and left the room and headed for the nearest exit. She was practically running by the time she reached the door.

She sat on a bench and wrapped her arms around her belly, gulping in deep breaths of fresh, lilac-scented air as a breeze dried her cheeks.

I imagine it’s the same for authors everywhere, who occasionally write stories from their own experience. They always hit very close to home when revisiting them. The first version was posted to my Steemit account in November of 2017. I did an edit of it, and tweaked it here and there for the occasion of moving it here.

I’d almost, but not quite forgotten this story. It’s one of those that won’t be forgotten.

The exit used by the staff at my old job had lilacs growing next to it. I doubt I will ever be able to smell that lovely scent without remembering the ugly things I’ve seen during the course of my career as a medical imaging technician. They seem to appear at random whenever I write about this topic.

At any rate, thank you for sharing this with me and I hope you liked the story. It certainly won’t be the last you hear of Minnie.